Future Episode of National Geographic’s “Drain the Oceans” to Reveal New Shipwreck in the York River! 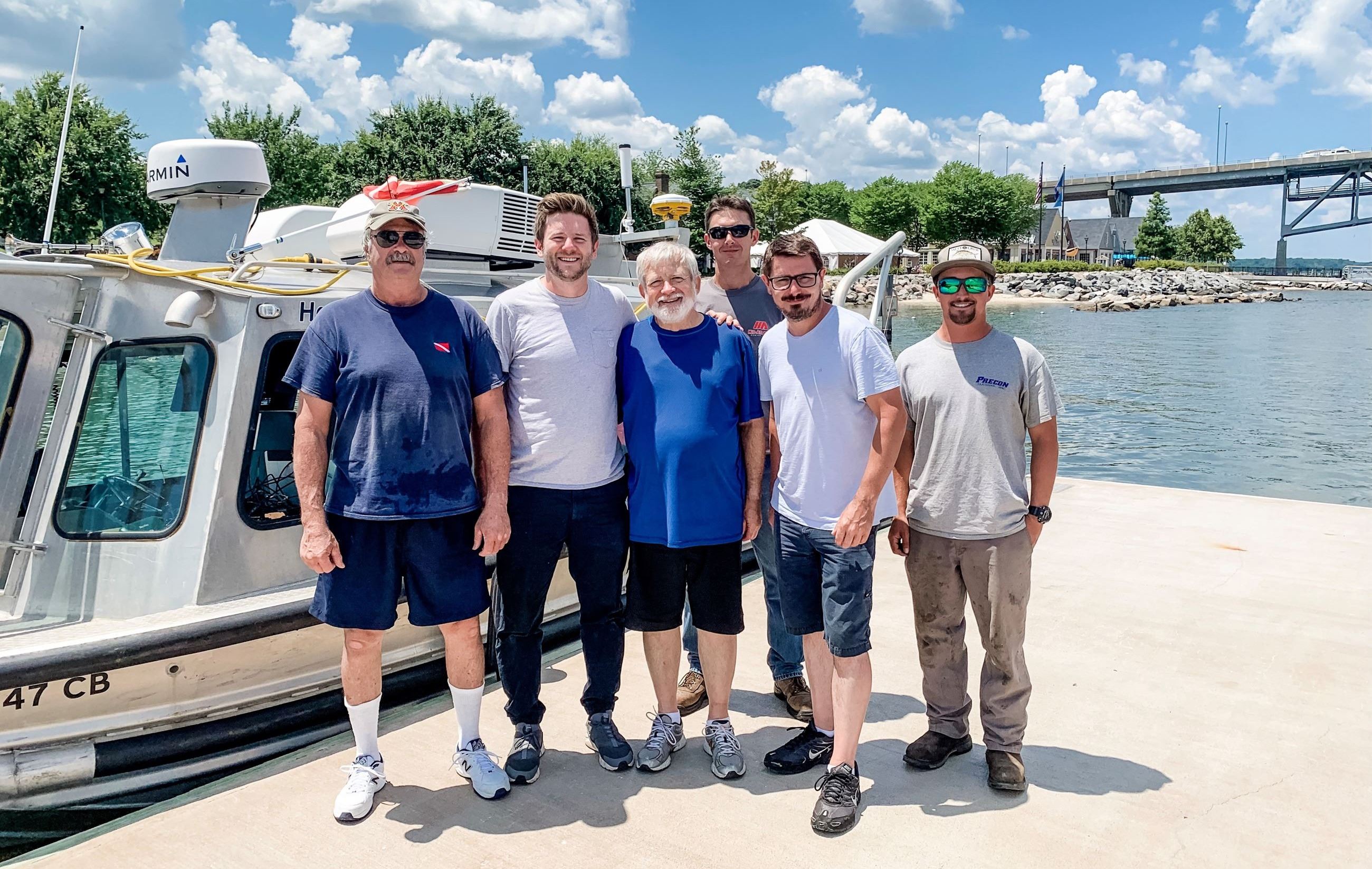 A major discovery in the York River brought a special film crew to the area to document the findings. In June, we shared several headlines about an eleventh Revolutionary War shipwreck found by JRS Explorations—cannons and all. Divers were able to utilize data and research to pinpoint exactly where to search. And boy did they strike history gold!

In addition to the cannons, according to JRS Explorations CEO Ryan Johnston, they also found a piece of charred wood which gives weight to their theory this could possibly be the remains of the Shipwright. The Explorations crew consisted of Dr. John Broadwater (JRS Explorations Vice President and Chief Archaeologist), Joshua Daniel (President of Daniel Archaeological Consulting), Bill Waldrop (ASV Maritime Heritage Chapter), and Bill Utley (ASV Maritime Heritage Chapter). 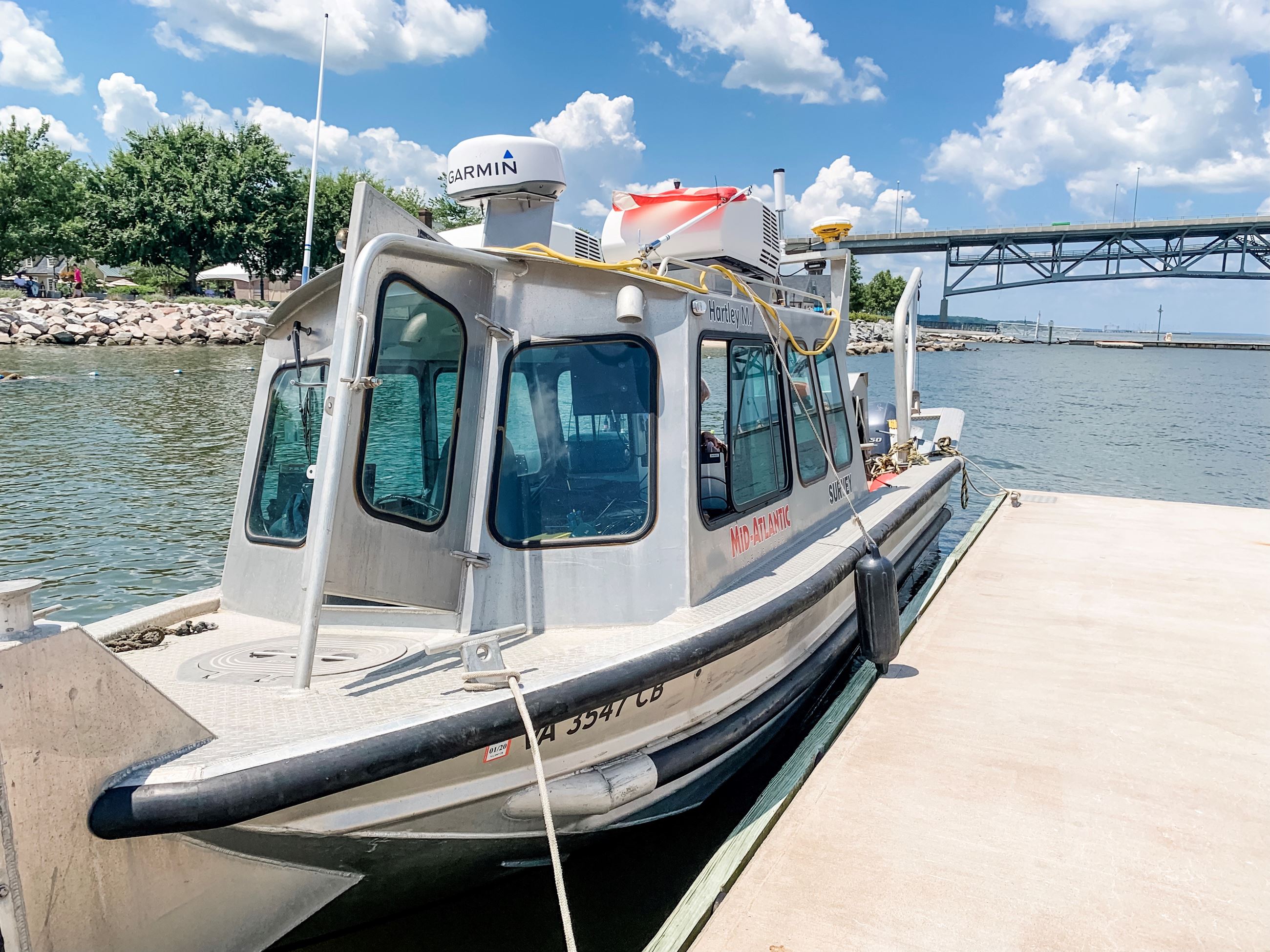 Here’s what historians already confirmed after a previous excavation in the 1930s. Gen. Cornwallis’ largest warship, the HMS Charon, was hit by a “hot shot” fired by the French in October of 1781. Researchers now believe this ship, engulfed in flames, then drifted into two anchored British transports. As a result, all three (including Shipwright) burned and sank to the bottom of the York River. And that’s where the wreckage—a significant snapshot of a very important period in American history—has been hidden for the past 200+ years. Every day, oblivious to what’s been below—boats, jet skis, and other modern vessels have been passing over this amazing window into the 18th century. Until now… 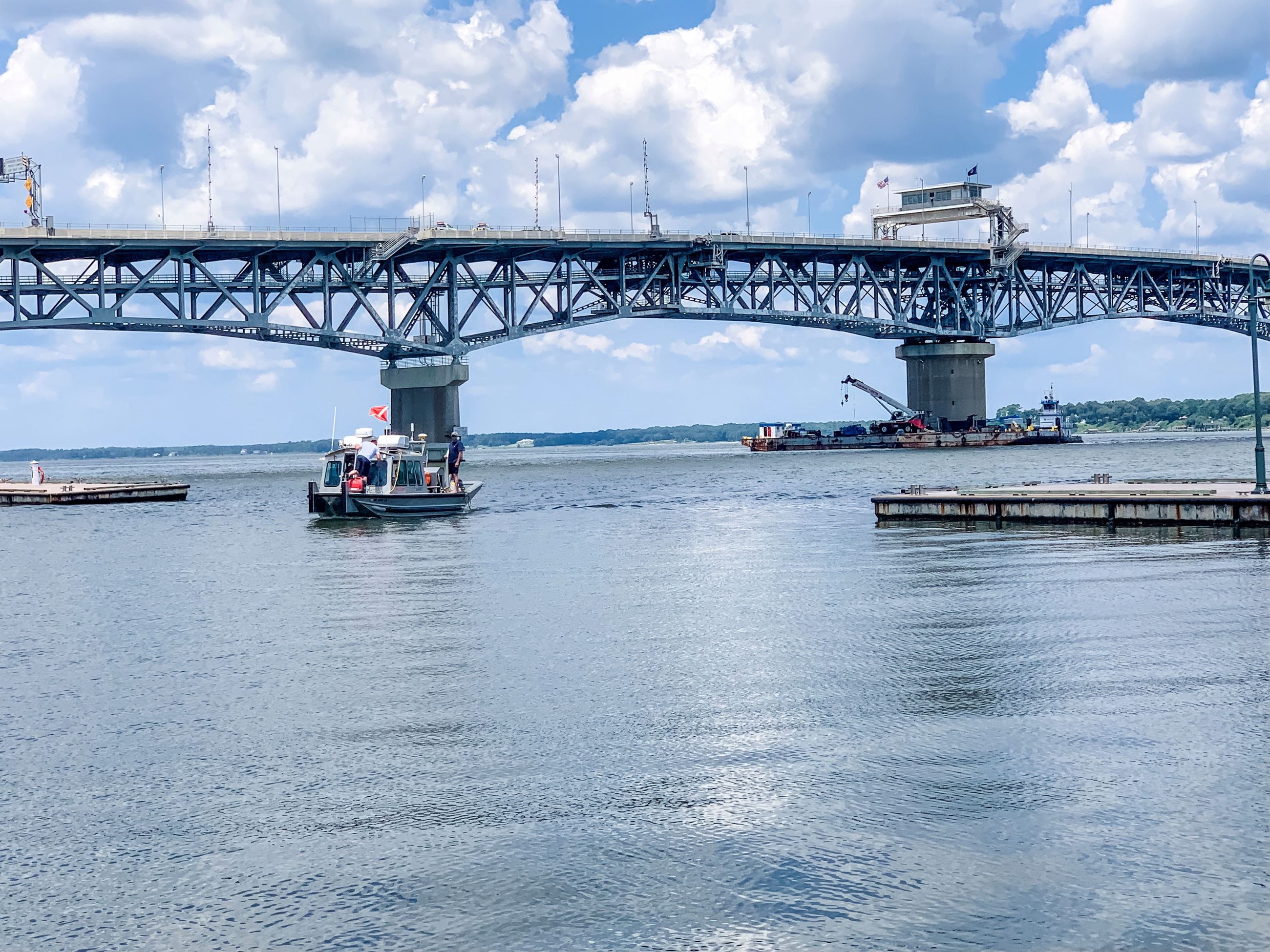 As you can imagine, this story has international appeal. So much so that a film crew made the voyage over all the way from London to document the findings. (This was one tough secret for the Tourism office to keep!) With Riverwalk Landing Piers their home base at night, they spent their days out on the water getting footage for National Geographic’s maritime mysteries show “Drain the Oceans”. In the episode featuring Yorktown, they’ll “drain” the York River with CGI to show you exactly what lies beneath the water. They “use a combination of scientific data and digital re-creations to reveal shipwrecks, treasures, and sunken cities all around the world.” This is going to be so cool! As soon as we get an air date, we’ll be sure to let you know so you can tune in. So make sure you’re following both us and JRS Explorations on Facebook for all the big announcements.

UPDATE: We now know the Yorktown episode of Drain the Oceans will air on Tuesday, June 2, 2020 at 9 p.m. 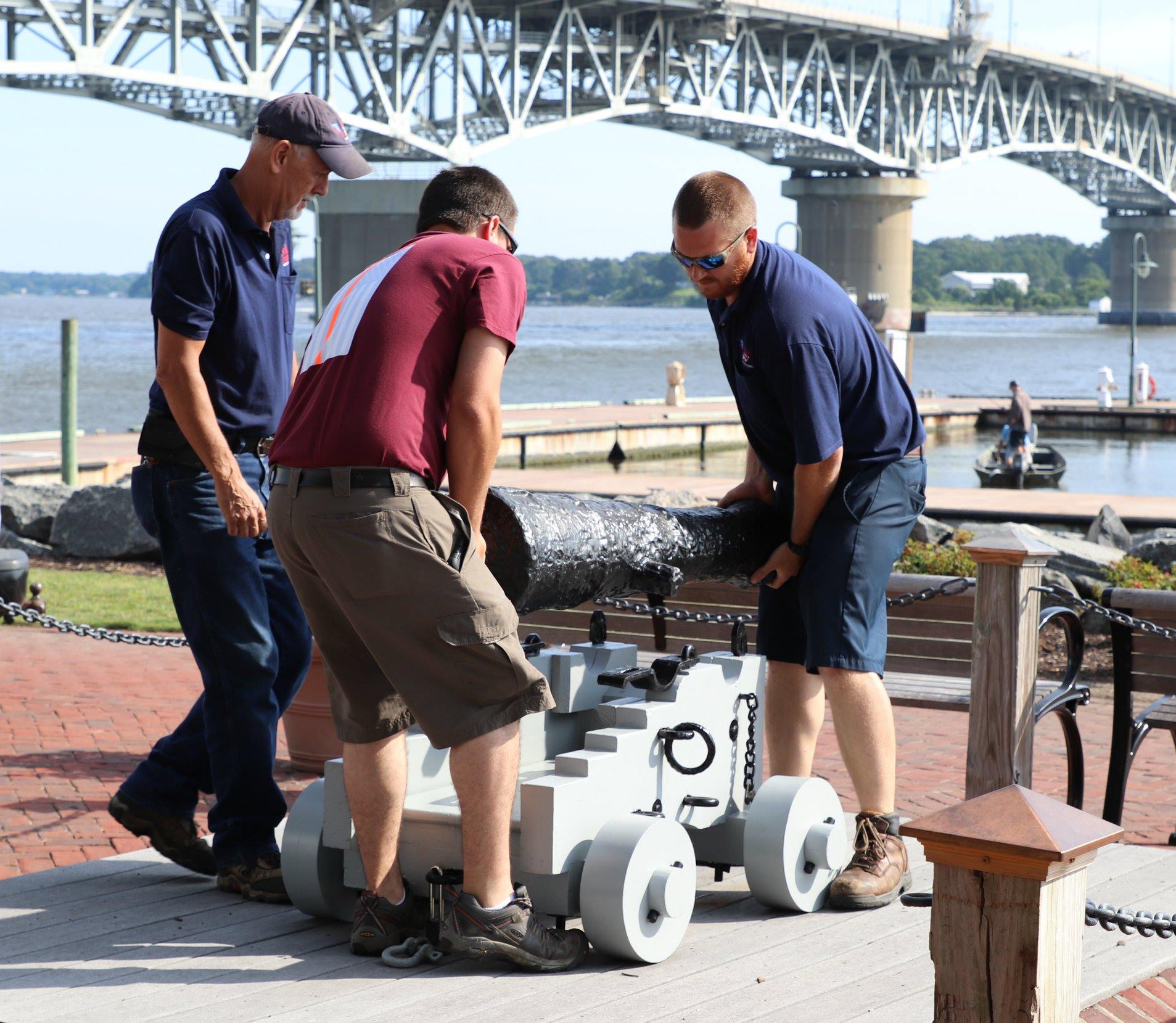 This event happened in 2019. Don’t miss the big ceremony at the waterfront later today (Sept. 27). After more than two years of planning, scanning, molding, and casting—the replica four-pound British naval gun from the 1781 Battle of Yorktown will be unveiled at its new home at Riverwalk Landing at 2 p.m. The replication project, initiated by the 20th Yorktown Lighted Boat Parade Committee, has been underway since 2017. The actual cannon that was recovered from the York River in the 1930s is now with The Mariners’ Museum.

This event is free and open to the public and will take place inside the Freight Shed before moving outdoors. Below is the complete schedule of events which includes a speech from Dr. John Broadwater about the shipwrecks.

The above featured image is of a scaled replica of the cannon placed at Riverwalk Landing in June of 2018.