The British Are Coming—Again!
Visit Yorktown this Weekend for “Before the Siege” 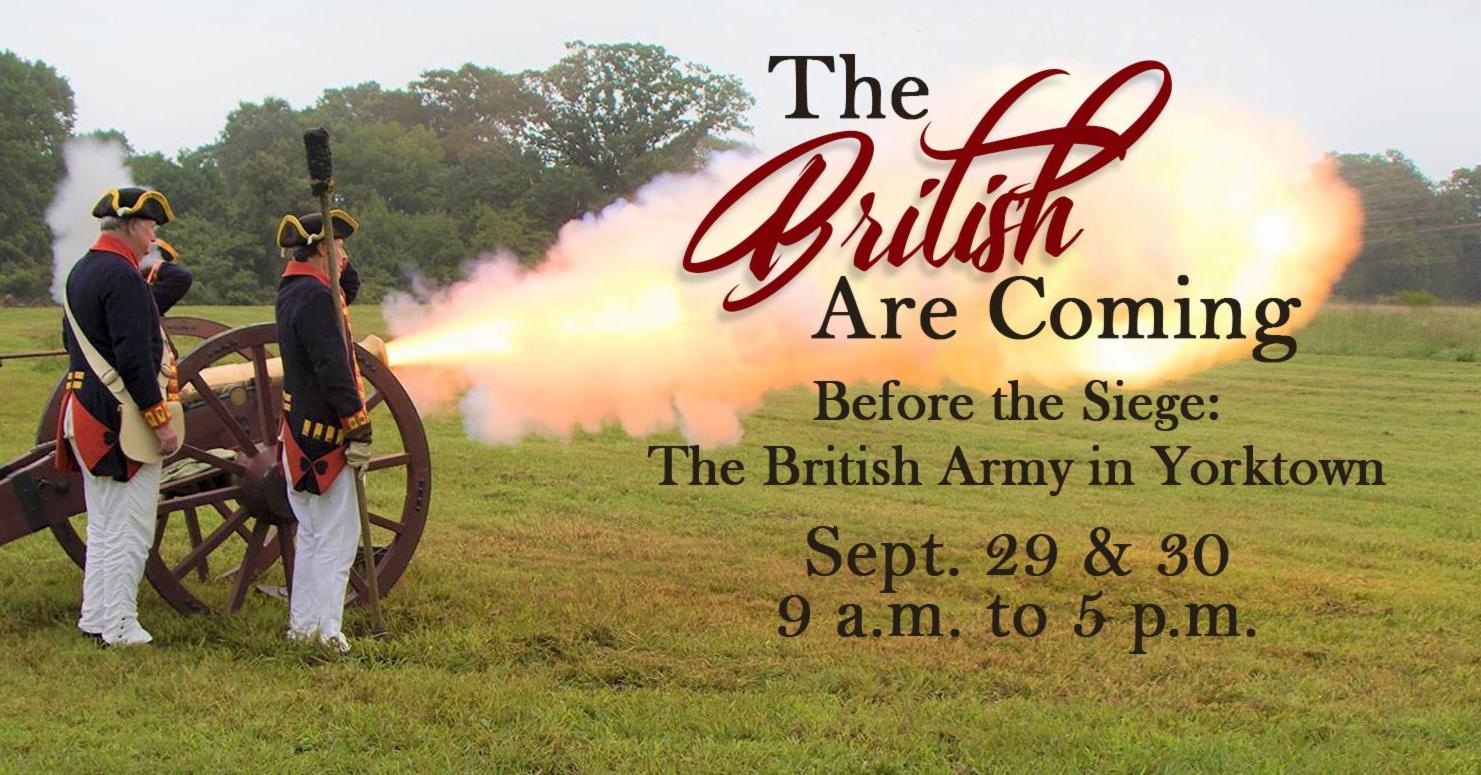 On Saturday and Sunday, September 29-30, Colonial National Historical Park’s Yorktown Battlefield, in partnership with York County, The American Revolutionary War Museum at Yorktown, Daughters of the American Revolution, and the Watermen’s Museum, will sponsor an immersive experience of life in Yorktown in 1781. Travel back in time, to the year the village was under the occupation of British forces. Re-enactors portraying British soldiers and sailors; local townspeople; and Loyalists will once again occupy Main Street.

A Royal Navy Unit will stand watch on Main Street to regale visitors with insights to His Majesty’s naval operations in support of the largest deep water port between Charleston in the south, and Philadelphia in the north.

The Custom House, owned and operated by the De Grasse Chapter of the Daughters of the American Revolution, will be open for visitation. It's located at the corner of Main and Read Streets. Before the siege, this fine house served as barracks for many of Lord Cornwallis’ troops.

Just off Main Street sits the Nelson House, formerly the home of a Declaration of Independence signer and wartime Governor of Virginia. All morning, “Officer's Servants” will work on preparing a Mess, to be served in the afternoon in a Marquis tent set up at the Nelson House. Meal preparation will begin Saturday morning with a shopping trip to the Yorktown Market Days (a modern farmers market) held at Riverwalk Landing from 8 a.m. to noon. 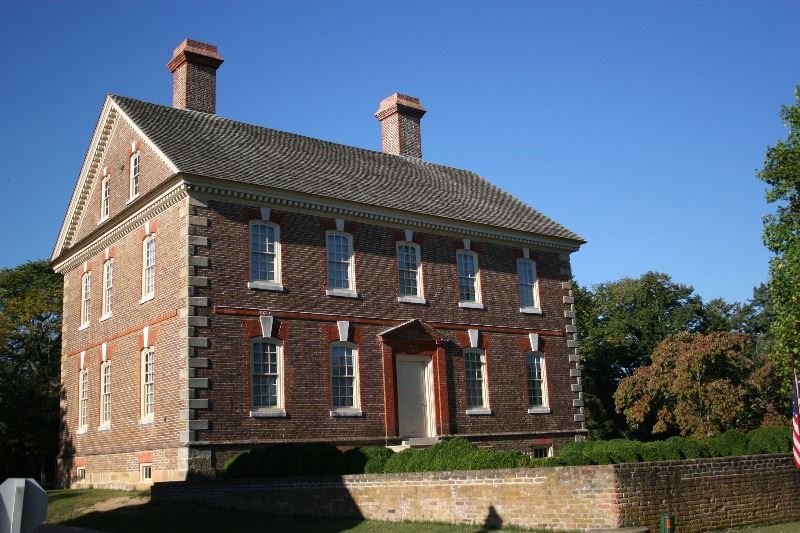 The Hospital, which will offer ongoing interpretation of life in a military field hospital, will be set up inside the Swan Tavern where surgeons will be busy caring for wounded patients and smallpox victims. If anyone has a minor injury or is feeling the effects of the heat - go to the Hospital!

DOWN THE HILL ON WATER STREET

Hop on the free Yorktown Trolley for a ride down to the American Revolution Museum at Yorktown, where visitors will get first-rate exposure to 18th-century life, including an outdoor living history farm and encampment. Inside, don't miss the special exhibition—Blast from the Past: Artillery in the War of Independence. Through interactive elements and artifact displays, learn more about the artillery used on all fronts of the Revolution by the American, French, and British forces. 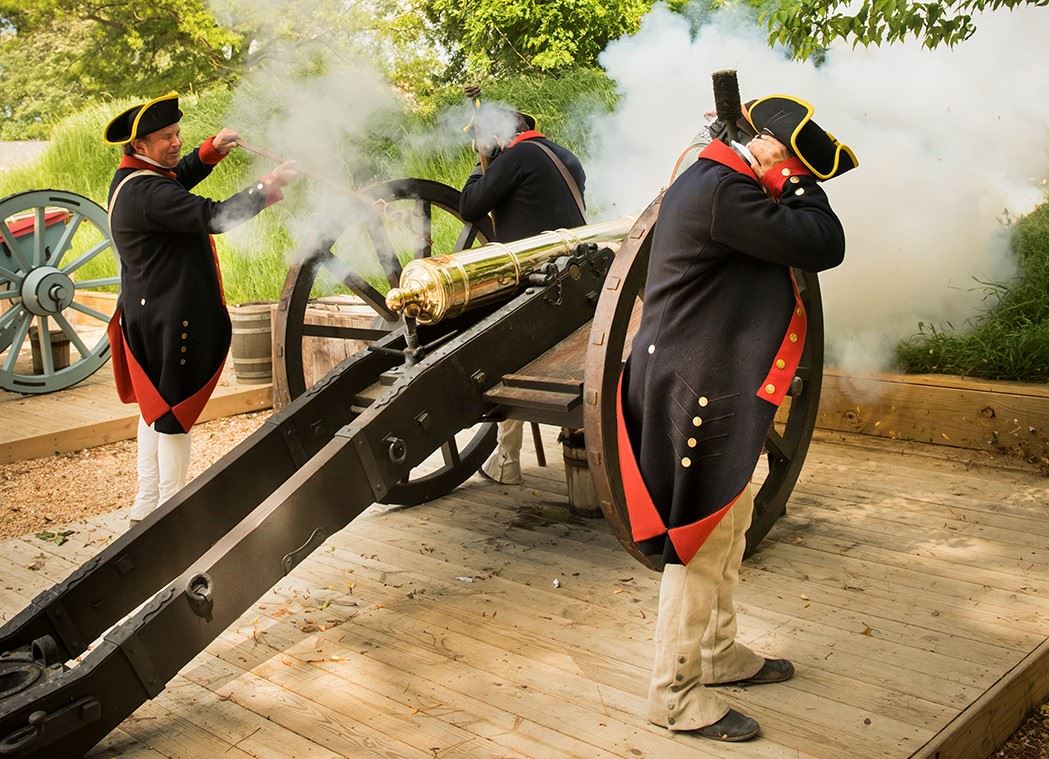 About a block away at the Watermen’s Museum, will be an Oyster Roast from 12 to 3 p.m. Tickets are $45. Later that evening, join the community for a potluck picnic on their outdoor deck starting at 5 p.m. followed by a contra dance under the stars, from 6:30 to 9:30. Ann Fallon from Annapolis will be calling, with wonderful music from Tommy Britt and Friends. Bring a dish and drink to share. The museum will provide paper products and ice. Tickets are $10 for the general public and $8 for Tidewater Community Dance Council members.

The Corps of Engineers will present and interpret military fortification using both scale models and practical work.

The Royal Artillery will conduct maintenance on their 3-pounder guns at the camp by the Swan Tavern. Using a portable hoist engine or "gin", the RA will have the capability to hoist barrels off carriages and pull wheels for repair and to grease the axles. On Saturday, by the Visitor's Center, the CNHP Royal Artillery will fire their six-pounder at 12:15 p.m., 1:15 p.m., 2:15 p.m. and 3:15 p.m. On Sunday, the participant's three-pounder cannon will fire on the same schedule over at the Visitor's Center.

The crew of HMS CHARON will interpret the Royal Navy's mission at Yorktown. The ship's guns from CHARON would have been dismounted and brought to land to use as artillery.

And finally, don't miss a stop at the Moore House where the articles of surrender were negotiated, before taking a drive through the Yorktown Battlefield where the final battle for American independence unfolded just a couple weeks later, on October 19, 1781.

And right on Main Street, just feet from all the action, you can grab a cup of coffee at the historic Cole Digges House, now home to Mobjack Bay Coffee Roasters. (Just follow the smell of the roaster!). The family-owned and operated coffee roasting house will be serving hot and cold brew coffee, tea, "drinking chocolate", and cold drinks all weekend.The café also serves soups, cold pastas, and a variety of fresh-baked goods including scones, muffins, biscotti, cookies, and candy. Dine in or get your treats to go. Enjoy extended hours Friday from 9 a.m. to 6:30 p.m., Saturday 7 a.m. to 6 p.m., Sunday 7 a.m. - 5 p.m. 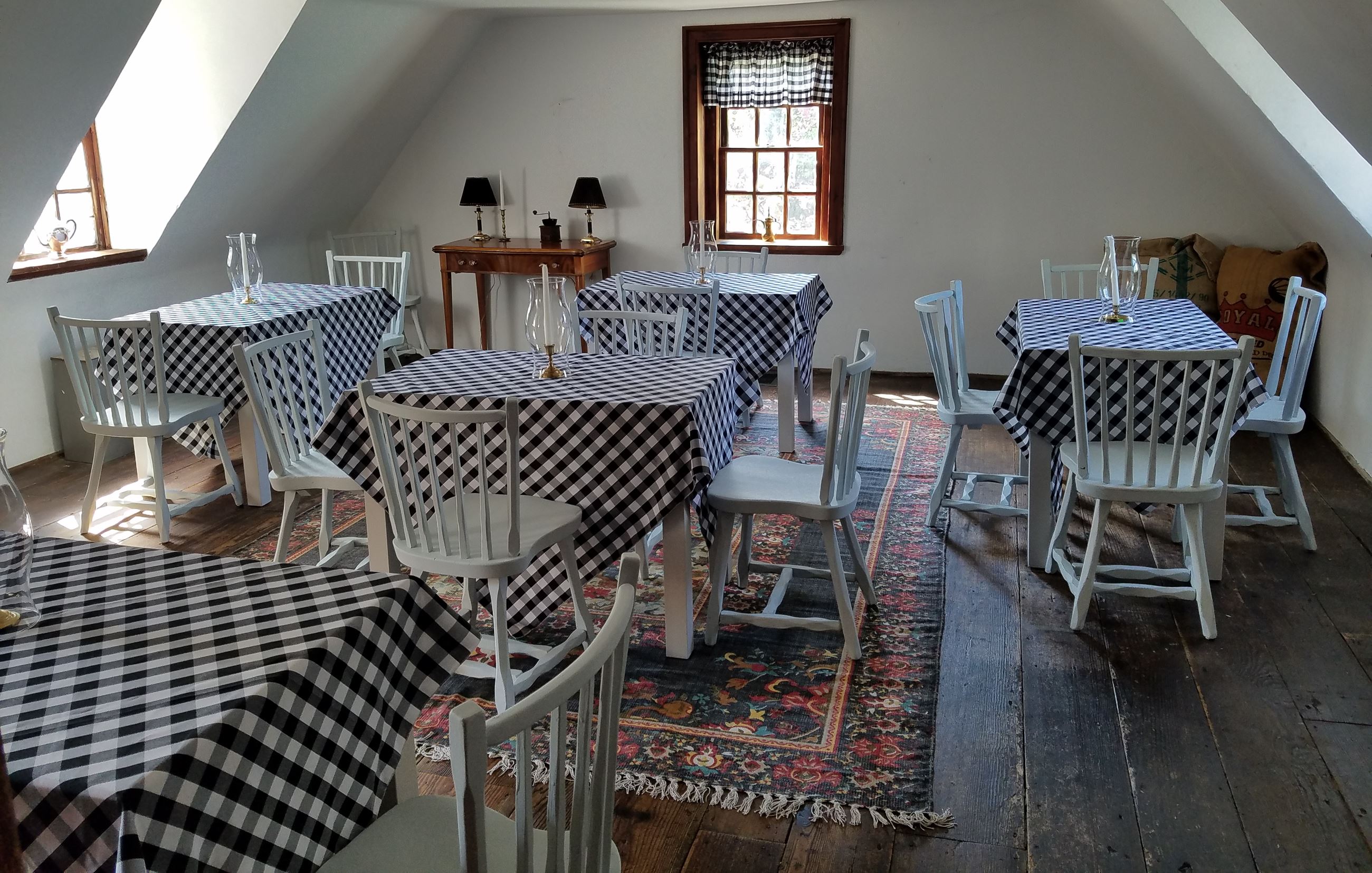 In the spirit of the event, Chef K Café, located in the beautiful outdoor pavilion behind the Hornsby House Inn, will also be open, serving up some favorite British fare in the spirit of the event! Think Fish and Chips; Bangers and Mash; Beef and Veggie Pasties; and a Vegetarian Shepherd's Pie. Check out the complete menu here. Hours are Friday 4 to 9 p.m., Saturday 12 to 9 .m., and Sunday 2-6 p.m.