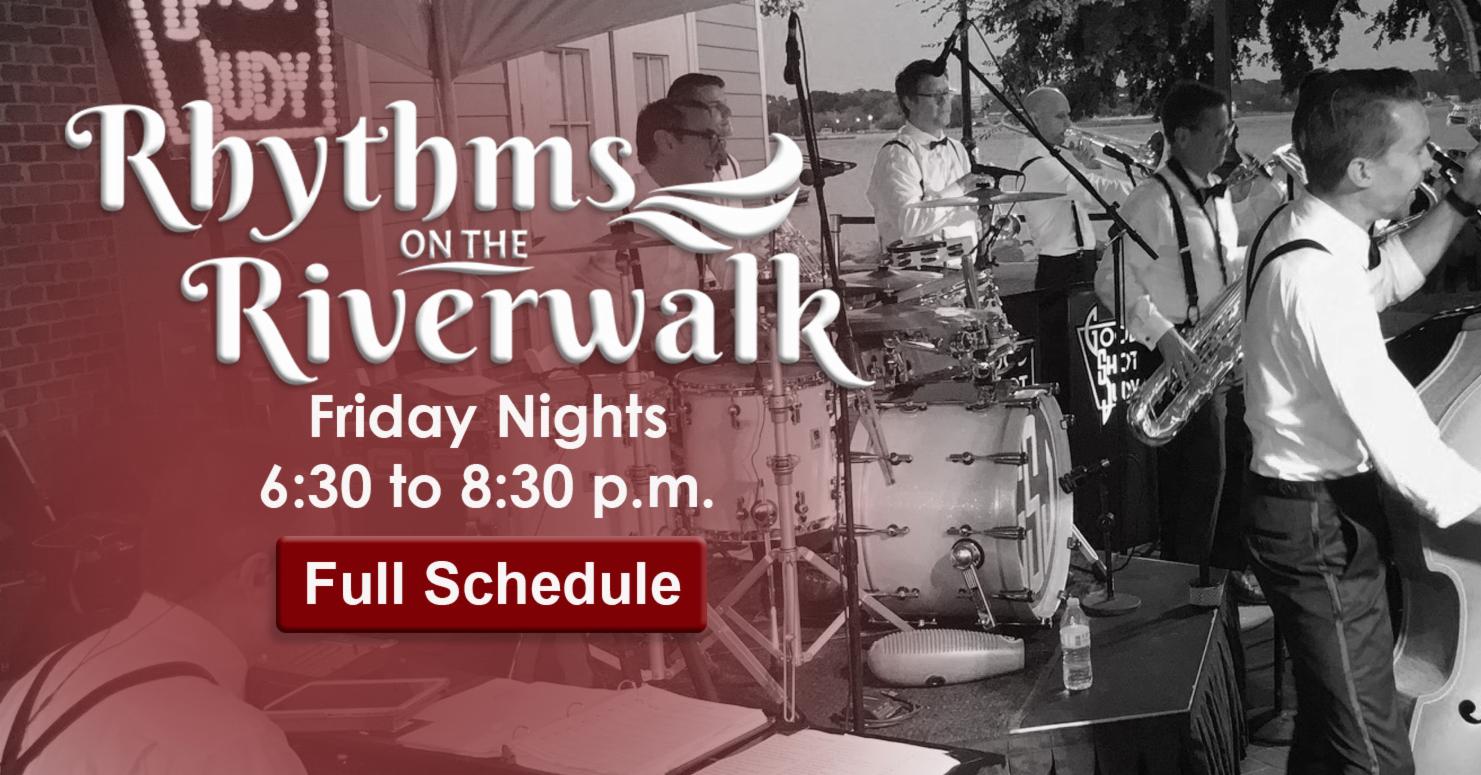 With the milder temperatures these past couple of days, be honest... how many of you are dreaming of pumpkin spice lattes, football, and the changing leaves?  August 28 is our final Patriotic Concert of the summer season, and then we transition into Rhythms on the Riverwalk for fall!

Picture this. You're lounging in your chair by the beach, feet propped up, as a cool breeze blows in off the water. The setting sun creates a cascading swirl of pinks and oranges across the skyline. Then, you close your eyes. The sweet notes from the saxophone on the stage echo through the night. Folks... it simply doesn't get much better than this.

From 6:30 to 8:30, that's going to be the scene every Friday night in September and into the first weekend of October. We think you're going to love this year's lineup!

This dynamic group has assembled some of the best talent Hampton Roads has to offer.  Individually, the members of Nashville Nights have sung the national anthem at the NYC Half Marathon, played at a Presidential Inauguration, recorded an album in Nashville, and released a single played on radio stations around the world. Together, in one show, they give their audience the experience of a big production concert, a show at the Grand Ole Opry, and a night at one of the hottest spots in Music City.

Comprised of musicians with experience in fields as diverse as choral, classical, jazz and rock, Little Country brings an exciting mix of cerebral and visceral appeal that is sure to delight audiences at any venue. Drawing from lessons learned through formal training and years spent in the studio and on the road, the band takes a country/rock format and turns it up to eleven with a high-energy stage show, plenty of sing-along friendly tunes, and solid musicianship. Despite being largely "musician's musicians,” Little Country never forgets their most important job - bringing the fun! 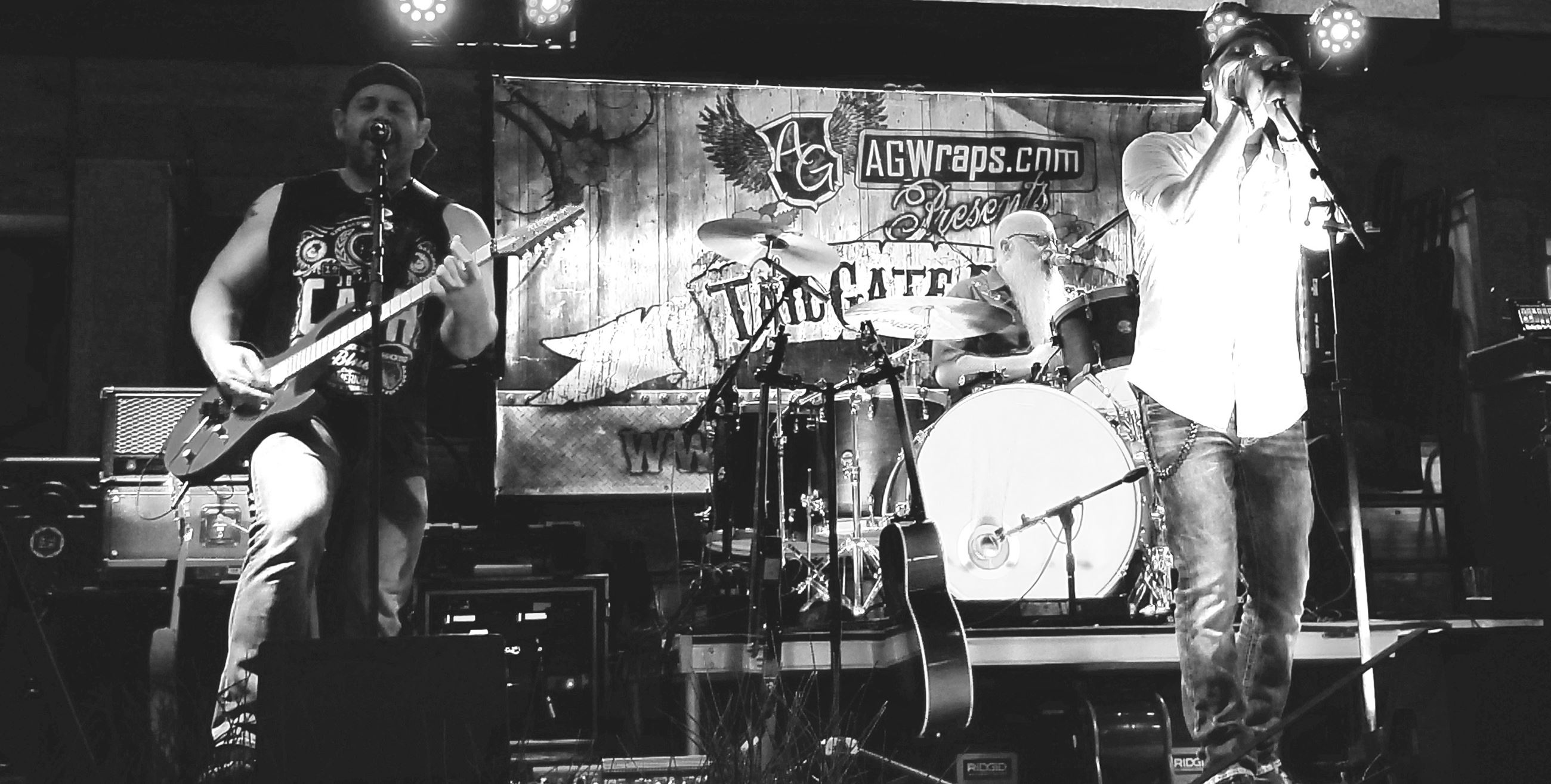 They’ve been described as country music with an edge. This band has been performing up and down the East coast in various forms for over 18 years. The term country rock was created for this band because of their unique ability to blend the two genres. TailGate Down has opened for Nashville recording artists such as Gretchen Wilson, Montgomery Gentry, Luke Bryan, Lonestar, Miranda Lambert, and Eric Paslay. 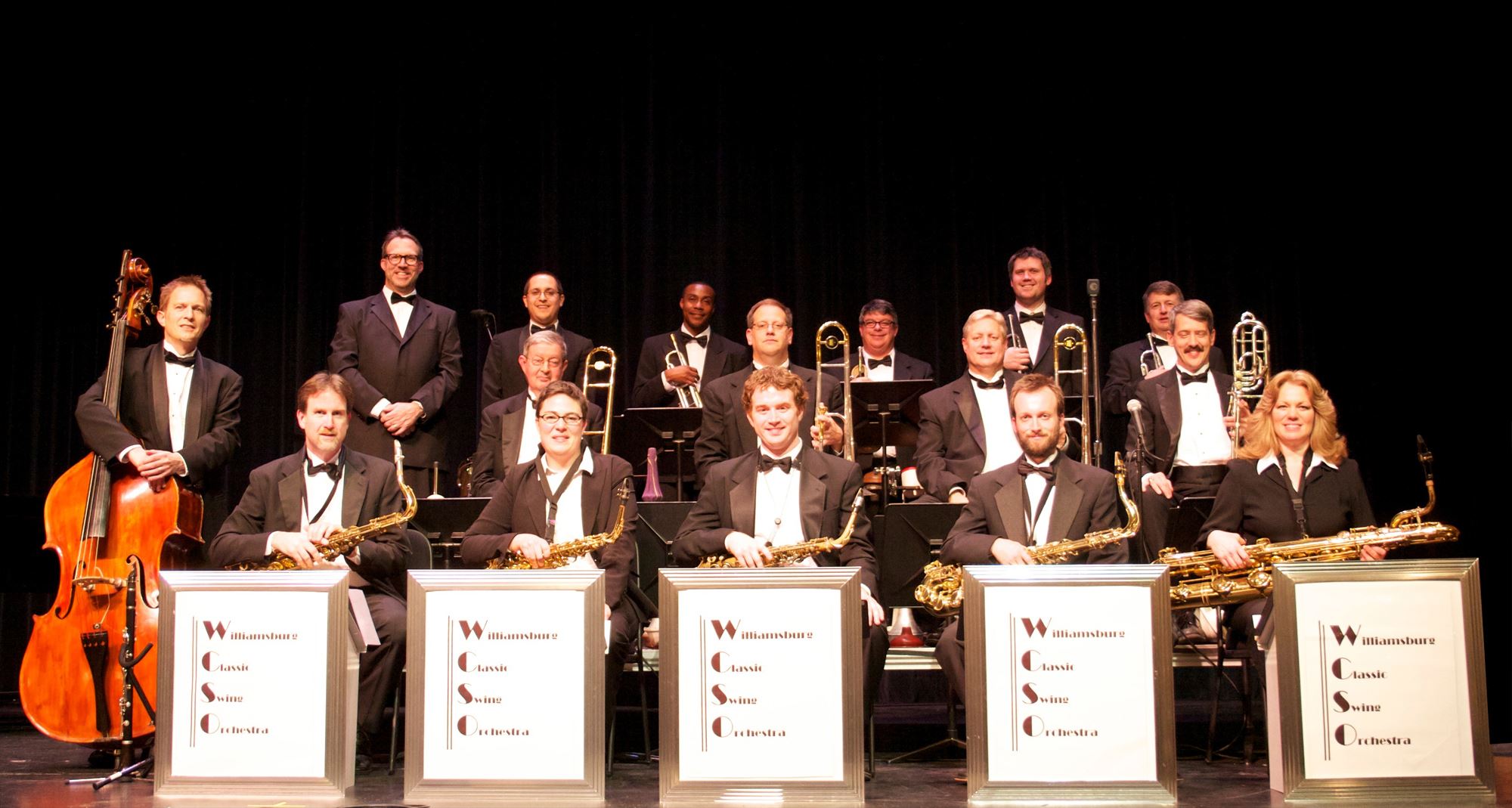 The band was formed in the mid-1990s by two Williamsburg area musicians and educators. Their initial goal was to keep the great big band music alive. In the past two decades, the now 16-piece authentic big bad has performed at many events and concerts throughout Virginia, including Rhythms on the Riverwalk. They play all the best swing music, from the height of the swing era in the 1930's and 1940's to more contemporary big band pieces. They want to keep the music of the swing era alive and kickin'. 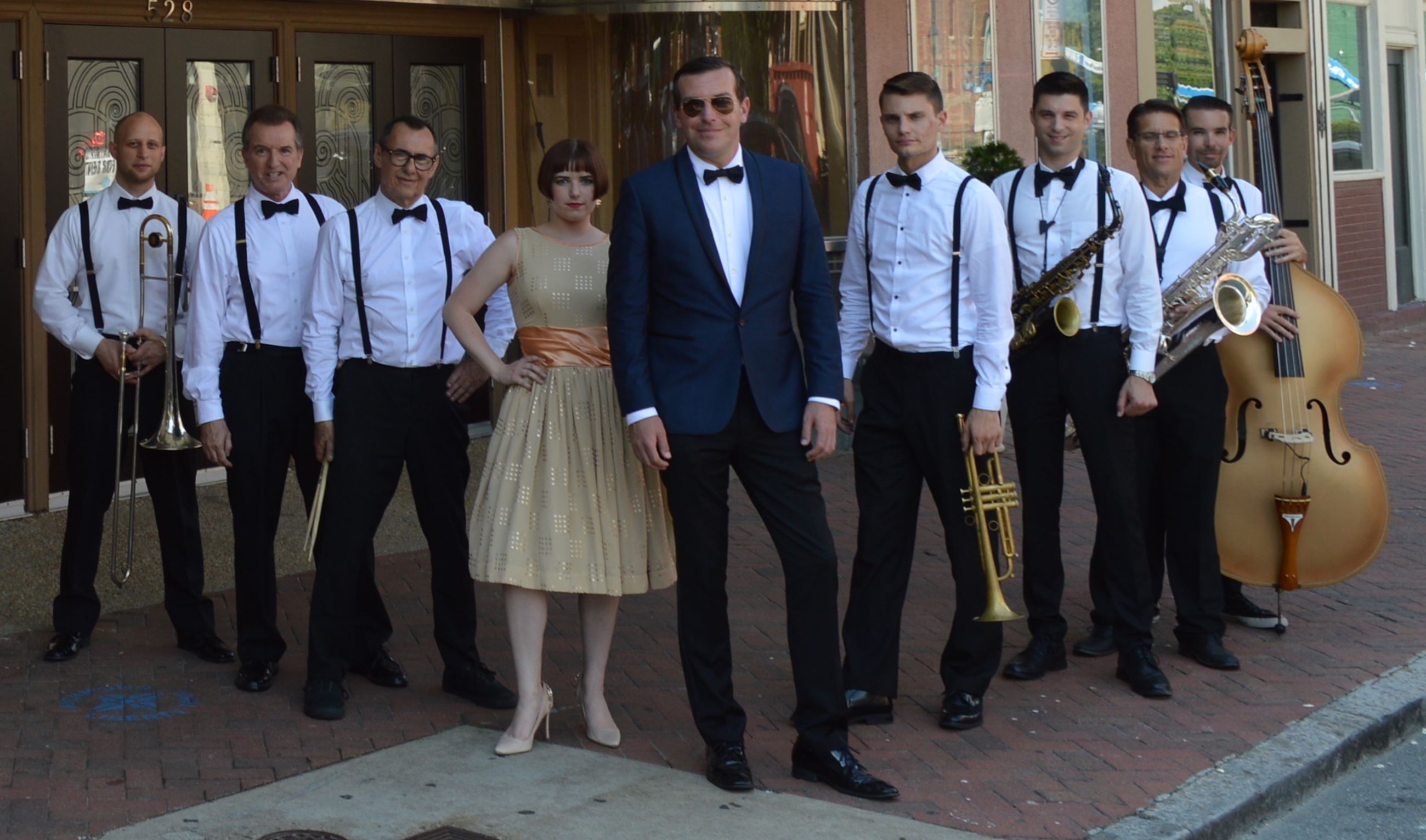 Taking their musical roots from the Big Band and Swing genres, members of Good Shot Judy have made a name for themselves by performing some of the best songs written in the last hundred years—in a way that’s all their own. Formed by brothers Brett (vocals, ukulele) and Jeff Cahoon (upright bass) in early 2013, the full time lineup is now an 8-person wrecking crew that includes Buz King (drums), Gary Halliday (piano), Brandon Musko (saxophone), Kevin Marshburn (trombone), Ellis Williams (trumpet) and Chelsea Champ (vocals). You don’t want to miss this high energy show!

Make sure you claim your spot early on the grassy field in front of the performance stage. You can bring chairs, blankets, and coolers. Alcohol is permitted but only within the designated concert area. If you don't feel like cooking or you're heading down straight from work, no worries! Carrot Tree will be on site selling gourmet hot dogs, brisket, BBQ, and a rotating menu of the bakery’s signatures desserts.You can purchase growlers of craft beer at Water Street Grille and bottles of wine from Umi Sushi. 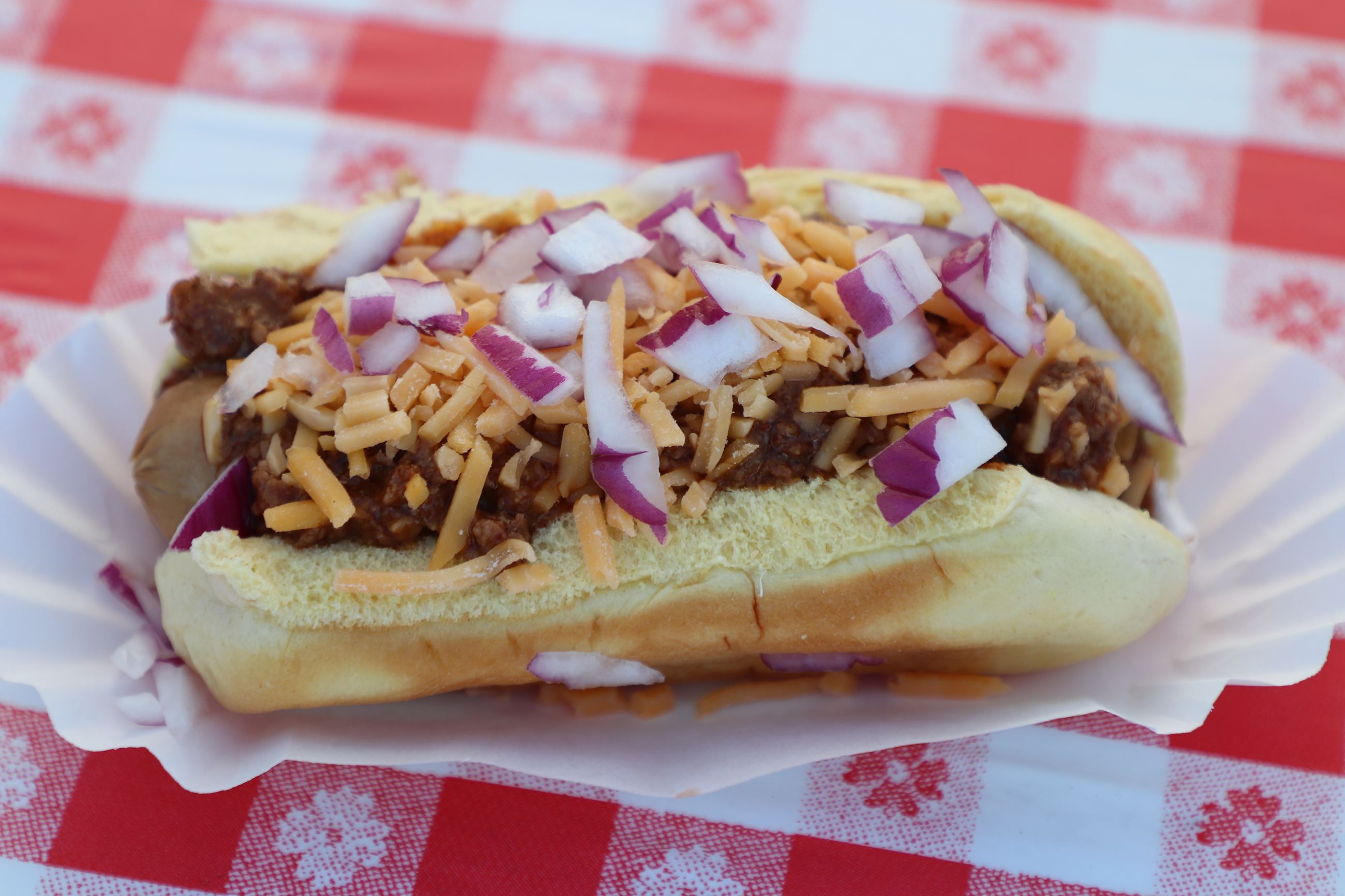 Remember parking is free! Spots in the two-level garage on Water Street fill up quickly but you'll find plenty of spaces up and down Ballard Street at the York-Poquoson Courthouse, the County Administration Building, and York Hall. On nights we're expecting a pretty big crowd, we will also run extended hours for the Trolley so you don't have to walk down to the waterfront if you'd like to hop aboard!